We’re in this together!

No campaign can be successful without the help of a lot of volunteers, and as we get closer to Election Day, would you be willing to display a sign in your yard, or write a letter to the editor telling others why you support my candidacy? Would you be willing to go door-to-door on your street, or even making phone calls? I would be honored to have you on our team!

Matt Miller served two terms as an Ashland County Commissioner before being named the Business Administrator at the Salvation Army Ray & Joan Kroc Corps Community Center. After spending three years at the Kroc Center helping get the center up and running, Matt accepted a position with the Ohio Department of Transportation, where he served as the Deputy Director of Business & Human Resources.

As a county commissioner, Matt earned the reputation of being a leader who listens to the people he serves. During one of the most challenging economic times in our state’s history, Matt worked to make Ashland County government a model of efficiency by reducing government spending and resisting movements to increase local taxes. He proved to be a strong leader and tireless advocate for the working families of our community, and voters overwhelmingly re-elected him to a second term.

In 2017, after serving two years as Council Member-At-Large on the Ashland City Council, Matt was elected the 54th Mayor of the great City of Ashland. Since that day he has worked tirelessly to revitalize our ever-changing hometown. With a focus on cleaning up our neighborhoods and eliminating blight, revitalizing our beautiful downtown and recruiting new housing and new businesses, he has played a key role in transforming out great city.

Matt and his wife Melanie are active in their church, and continue to volunteer with numerous organizations throughout Northeast Ohio. 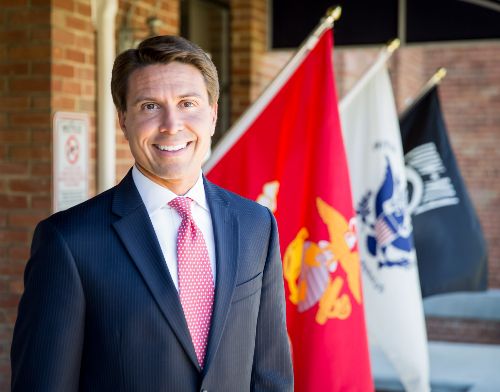 Working Together to Improve Our City

Paid for by the Committee to Elect Matt Miller.
Aaron Bates, Treasurer. Website links do not imply endorsements.